The Audiophile power cables test started on 14/02/2021. And, an article called ‘How to improve computer sound’ was written. The computer was hand-built in Vilnius, Lithuania, by an expert who is an audiophile. And, he always wants the best sound from his laptop. I met Antanas Šėmis in the summer of 2020, and we have developed a good relationship. But, it was only this year, I discovered his real passion for music.

Antanas invited me over to listen to the sound from his computer. And, I must say, the initial sound was impressive. But, I was interested to see if by adding one of my power cables, would there be any improvement. And, if so, by how much? Also, was it worth spending extra money if there was an increase? After discussion, we decided to go ahead and do an Audiophile power cable test. And, I would add one of my computer cables. The computer cable is a basic cable and certainly does help to improve performance. We both agreed that there was an improvement in the sound—quality, soundstage and clarity. 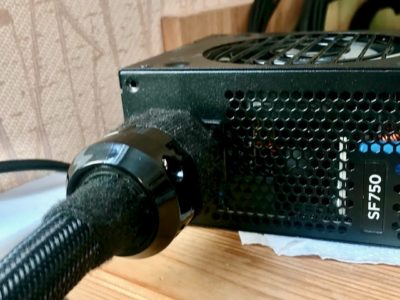 A week later, I decided to visit Antanas and take different power cables with me. And, I was interested to see just how much a cable could benefit the audio. After discussion, we decided to go ahead and install the Perkune Matrix power cable. The Matrix cable is classed as a High-end power cable and gives an increase in performance which, is easily heard. Again, we both were impressed by the rise in performance heard. The vocals became much clearer, and the sound stage filled the room. The music’s details became very noticeable, with a feeling g of air and space was created. Also, we became aware of a 3D effect in the presentation.

It was now March, and spring was in the air. I still wanted to hear how good my latest power cable would work with Antanas fantastic computer. And, so I went to visit Antanas, and with me the Reference 2 power cable. Reference 2 is a genuinely excellent power cable and classed as a Reference power cable. Meaning the line will allow every sound in the music heard without adding or subtracting any false information. And the music to be neutral .Audiophile power cable test

As we sat and listened, we realised just how far up the ladder the cable had taken us. And hearing things we never heard before. First was the vast soundstage and how the music filled the room. And, the second was the utter clarity in the vocals. The third point was how everything was transparent and utterly isolated from the next instrument. The bass was so full and rich and filled the place exactly where it was supposed to be. But then we felt something that I have never heard before. It was like a door opened, and a wave of warm air around the upper bass regions appeared. It was giving a feeling of completion in the music. I experienced the same sensation when testing a pair of Triangle borea bro3 speakers a few days earlier. power cable test

After we finished the listening session, Antanas had a suggestion. And, said he would like to change back to the original computer power cable as he wished to hear how it would sound. The difference was unbelievable. The music was flat, lifeless, and the 3D and soundstage had gone. There was no depth, no energy and no life in the music. The sound we heard was so lacking in comparison to how it has been. The funny thing is when I first listened to the system, it sounded right. And, it is not until we ran this experiment, we understood how bad my good was! 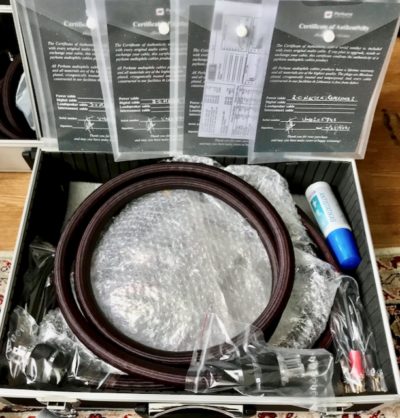 What an experience the past month has been and a great learning curve for Antanas. Who now believes 100% that a power cable certainly does make a difference to the loudspeakers’. Now comes the big question about the cost, and is it worth the expense to improve the sound. It all depends on what a person wants and how much he is willing to spend to get what he wants. The Reference 2 power cable is packed up in a flight case with a few other cables and is now off to Canada’s new owner.

If you have enjoyed ‘Audiophile power cable test’, please share with friends – thank you