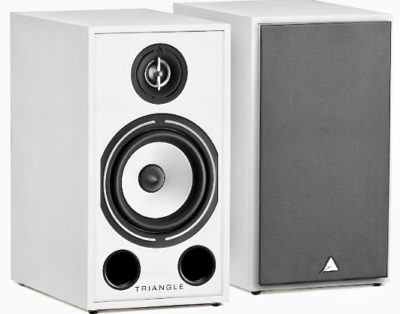 The Triangle Borea Bro3 bookshelf speakers are an outstanding achievement from Triangle. And, today, I had the pleasure of seeing and hearing how capable these speakers were. I was invited to the showroom ‘Garso Namai’, located Kauno g 31, Vilnius, Lithuania, owned by Lucas Svedas, and ready to be impressed? 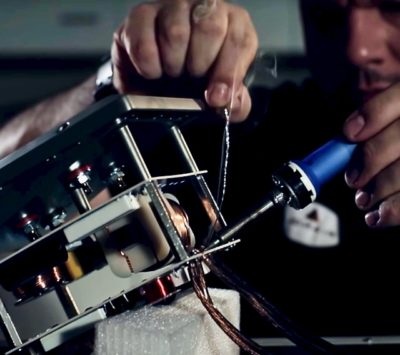 Costing just 450 Euros, the Borea BR03s are front-ported, two-way design and the most extensive product in the range. The speakers weigh 7 kg each and stand 38 cm tall. Featuring a 25 mm EFS silk dome tweeter sat above a 16 cm cellulose paper driver. And benefit from the trickle-down technology of the Esprit EZ Series. Triangle quotes a frequency response of 46 Hz to 22 kHz (+/-3 dB), which is impressive even by ‘chunky stand mounter standards. And offer 100 Watt power handling with 8-ohm nominal impedance. 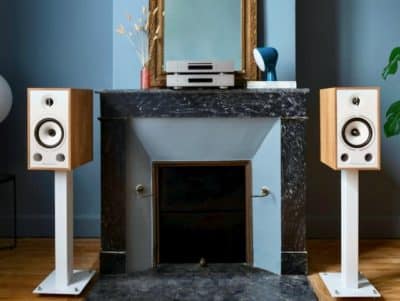 The Triangle Borea Bro3 bookshelf speaker is especially recommended for dedicated listeners looking for a floor stander’s performance in a compact design. And, fit perfectly in rooms ranging from 15 to 30 m2. But, from the very first notes, give a welcomed surprise. The BR03 impresses with its energy, delivery of deep notes and power handling. 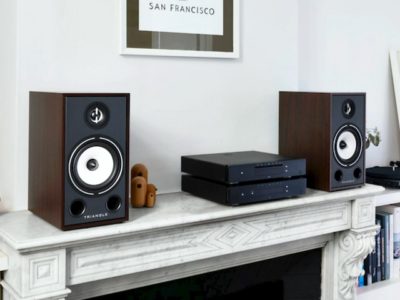 The tweeter of the Borea range equipped with the next-generation system EFS* (Efficient Flow System) and based on the association of a 25 mm silk dome driver. And a phase plug developed specifically to homogenise high-frequency diffusion. This system significantly reduces the directivity regardless of your listening location. The dome placed inside the partial horn reduces reflections, which allows precise reproduction of high frequencies. And it is powered by a neodymium motor, generating high magnetic power in a compact size. It is coupled to a cooling system, ensuring better power handling. 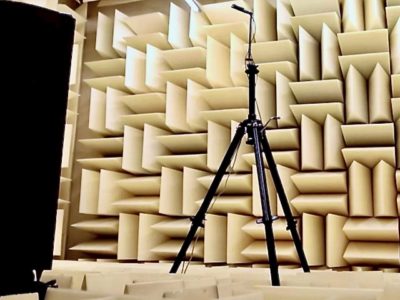 The Borea range, inheritor of the Esprit EZ technological innovations, also incorporates a midrange driver with a membrane made out of 100% natural cellulose paper. The paper membrane, unique to TRIANGLE, avoids any colouration of intermediate frequencies, which transposes the voices with stunning realism and tonality. In ongoing pursuit of excellence, the cone’s profile redesigned to improve the rigidity and now provides an extended frequency response.

TRIANGLE’s engineers’ mission is to deliver a rich, dynamic sound in low frequencies, emphasising the pace without distorting the music. Controlled low frequencies is an ongoing quest. TRIANGLE focuses on fast and precise drivers, with large engines, all housed in optimised cabinets living up to its reputation. And, the impact disappears as quickly as it has arrived, for an entirely controlled rhythmic reproduction. And, to achieve this, TRIANGLE has opted for membranes in fibreglass with excellent vibratory behaviour. Their rigidity enables them to strongly reproduce each impact while leaving space for the vocal range, thus keeping an airy sound. Each speaker of the Borea range has its decoupling system. The bookshelf and the centre channel models are equipped with rubber pads, protecting your speakers and limiting vibrations transmitted. 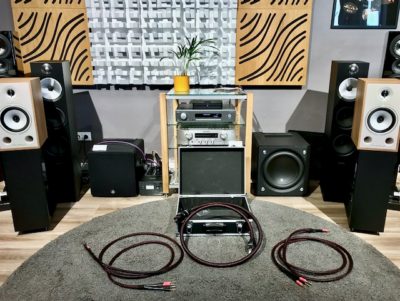 The Triangle Borea Bro3 bookshelf speakers are a low-cost item. But, when I sat down to listen, I was more than impressed. So, I decided to find out just how good they were. But, I decided to use the best speaker cables and power cables. I chose to use Perkune Reference 2 power cable and a pair of ‘Matrix’ three-meter loudspeakers cables (Bi-wired, of course). So we were all set and ready to rock and roll! 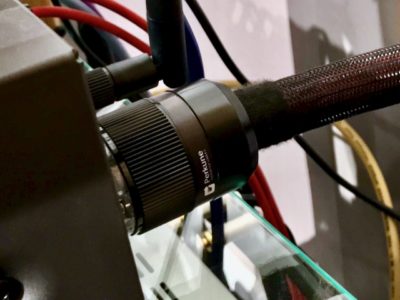 The Music played, and I was again impressed with what I heard—a very well balanced smooth sound with excellent bass response, good midrange and well-extended highs. I listened to the Triangle Borea Bro3 bookshelf speakers driven by the Arcam SA30, Class G Intelligent Integrated Amplifier. The SA30 was an excellent amplifier, but I knew it could sound better. I replaced the power cable with a two-meter Reference 2 cable from Perkune. And, the music was in a completely different league. And, went from 7/10 to 10/10. The Music had Life, energy, passion and clarity. Also, it became apparent a new level of lower mids, giving a much fuller sound, as never heard before. The Reference 2 power cable is the latest model from Perkune, and was able to allow the cable to reveal more of the musical presentation.

I decided it was time to change the speaker’s cables to the Perkune Bi-wired ‘Matrix’ cables. And see if there would be any further changes. The answer is “yes” there indeed were several more changes heard in the Music. I said the Music was already at 10/10, but now, I had to expand my thinking due to this unexpected event. The sound had become better in every way in terms of musicality and would even say organic. As mentioned before, Music now had an increase in energy in the lower mids. And, it was as if a door opened, allowing a warm mass of air to enter the room. It was something I had never experienced before and made me feel involved within the Music.

We decided to remove the speaker cables and connect them to a pair of Bowers & Wilkins 603 S2 Anniversary Edition loudspeakers. The music played but the sound we heard was not what we were expecting. The fire had gone from the music and we both felt the music had slowed down. And, this came as a shock to us because we knew just how good these speakers were.

Next, we decided to connect the speaker cables to our favourite loudspeakers. The Acoustic-energy AE520 loudspeakers and was now a different story. Because Life and energy were back. But, we still felt something was missing, and the excitement was just not quite the same as it was with the Triangle Borea Bro3 speakers. It is hard to explain, but we both felt the same way. Although the music sounded incredible, it was just not the same, and I would be more than happy to give the Triangle Borea Bro3 speakers top marks!

Triangle has achieved something extraordinary, and the Borea Bro3 speakers are the best value for money on this planet. But, you must understand tested with reference-quality cables. And, people can say a cable makes no difference to the sound. Also, cables are just a money-making scam. But, I can only tell you what we heard, and say a person must always listen to a system in their own home.

If you have enjoyed ‘Triangle Borea Bro3 speakers’, please share with friends.