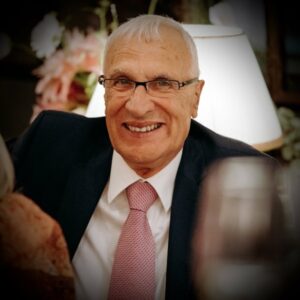 Cable Company in Lithuania. Since 1960, I have loved music and audio equipment. And my journey began many years ago, actually in my mother’s kitchen. I was about twelve years old and a member of the church choir. My story
I could sort of sing but knew I would never be another Tom Jones! But, Also, I loved all types of music and would spend hours listening to our Grundig. When mum was working, I used her bowls as a drum kit. The drumsticks were knitting needles, and I spent hours making a horrible noise but got better as time passed.

Next step Cable Company in Lithuania

The next step (in my musical adventure) was with my father’s acoustic guitar. The guitar was his pride and joy and kept locked up under his bed. Then, one day, the guitar was out by mistake, which started my musical experience! Which, prompted me to get the Bert Weedon ‘Play in a day’ guitar book, and I felt I was definitely on the right track! And very soon became a ‘Shadows’ fan and would spend hours listening to the beautiful music. Of course, trying to achieve ‘note perfect’ the same as Hank B. Marvin. As Hank had such a captivating sound, I wanted to also perform in the same manner.

And so I made an electric guitar. And the guitar worked well and sounded great.  I decided to form a group. And after a couple of weeks, I was able to get organised. The Deputy Headmaster played the drums, and the fitness instructor was on rhythm guitar. And on the bass guitar, the drama master, and I played lead guitar. The music we played was taken from ‘The Shadows’ but not quite as good as the real thing! Nevertheless, we practised intently, became very proficient, performing at the school concert. And we were very successful. Even today, people still remember Paul and the “Educators.”

After leaving school, I went to college and spent a year studying my GCSE’s in mechanical and electrical engineering. I had been offered an apprenticeship in Instrumentation and electrical engineering. And served a four-year apprenticeship, which gave me an excellent background in the basic understanding of electrical and electronics—and naturally tied in with musical equipment. During this period, I continued with my passion for playing the guitar. And was able to form my group (as most of us did in those days).

My guitar playing was great but I eventually changed over to playing the drums and then switched to bass. I got together with a couple of guys and formed a group called staircase. Why Staircase I was asked to which I replied “cause we are on the way up”. This lasted for about 12 months and Staircase ended up with David Askew on keyboards, Alan Doggett on Ludwig drums and myself with a Gibson EBO and a Thunderbird bass. The music was heavier and build a great following. My story 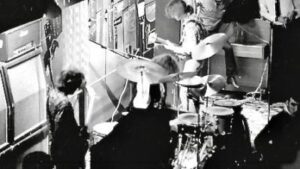 I was fortunate to meet with some of the great artists still with us today: Eric Clapton, Jack Bruce, Ginger Baker, Jimi Hendrix, and Gary Moore. The picture above is the group ‘Cream’ playing in Norwich in 1968. And I was able to meet with the guys backstage and still remember like it was yesterday. I saw many of the groups performing live. And, actually got to play with some of them as the ‘back up’ group. The Pretty Things, The Sex Pistols, and Boy Bastin. And, also spent time with Mathew Holt (Moody Blues) mixing a CD for the group ‘Pearly Brown.’

Those days were so exciting, every day bringing new problems and new opportunities. And it never ceases to amaze me how after closing the shop, some forty or so years later, I am once again doing what I loved doing then. Back working with Orange, but as a truly global company”. These are the words from Cliff Cooper CEO of ‘Orange’ music. And the Silver shadow parked outside the shop is Cliffs. I was a good customer with Orange and bought one of the first Orange ‘MattAmp’ and 4×12 cabinets made. Also bought my Gibson Thunderbird bass and wish I still had it! 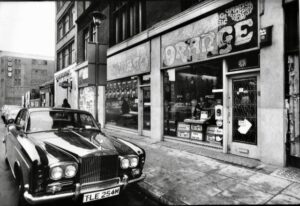 As well as a being a musician, I had a great interest in cars. And got talking about the Silver shadow. Cliff was so pleased with his new possession offered me a ride around the city. And I will always remember cause it just felt so cool!  The next time I met Cliff was to purchase another ‘MattAmp’, two 4×12 cabs, and a PA system. So Orange became a part of Staircase and made it’s way into East Anglia! 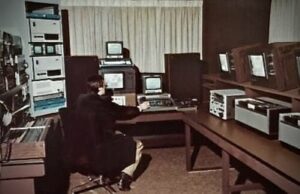 As time passed, so did my path. And, rather than play music, I began to work with live mixing and recording. I moved to Canada and set up a recording studio, which expanded into a film and video production studio. I became very professional in my approach to my work, and l loved to edit and mix the production. After a year, I had six employees working with me. We were producing videos for many well-known companies in Canada and had an excellent reputation in the industry. I always got a great mix and created a musical picture. Also, positioning and re-positioning audio equipment in the listening room came naturally. And always ready to help friends to set up their systems and paint that musical picture. I loved the compliments and what I did. But, I never realised it would take me to where I am now! 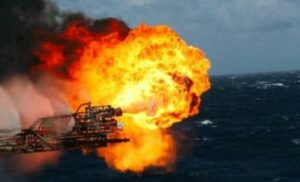 In 1970 my direction changed because I had lost the urge to become rich and famous. So, instead, I joined the Oil and Gas industry, which was a tremendous challenge, but at the same time, very rewarding. I visited different countries, and life was exciting because my work allowed me to keep up with my passion. Which was ‘High-end audio.’ I was always able to buy the latest audio components that were available. And, obtained one of the first quadrophonic systems that came into the UK.

At the beginning of 2015, the oil and gas industry slowed down. Which told me the industry wanted a rest. As a result, many things began to change in my life as I wanted a rest! I lived in Vilnius, Lithuania, and became friendly with a group of doctors who were all ‘Tannoy’ loudspeaker enthusiasts. My friends were always trying to get the best sound from their audio systems. And, I might add, my friends spent many frustrating hours. However, I had developed my technique, and when I was able to show my audio system set-up technique, my friends were impressed. 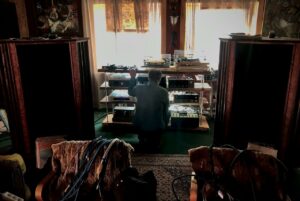 During the same year, I began experimenting with audio cables and eventually found something which worked well. One of my Doctor’s friends advised me to get a name for my lines and bring them into the marketplace. And said to me “Paul, every Audiophile needs to know about your cables.” This was ‘Doctors orders.’ And to cut a long story short, I created a website and began my journey in October 2015.

It is now November 1st 2022 and what a journey as so much has happened over the past seven years.  And the biggest thing I have learned is that we all hear sound differently. As a result, this is one of the reasons why there is always so much discussion about cables. And many people say it is all rubbish and they cannot hear any differences. Well that is their choice because I know what I hear and my customers know what they hear and that is what matters! 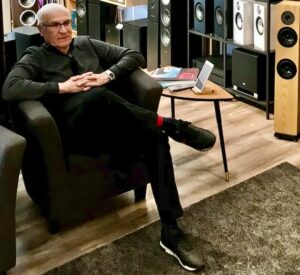 Do cables make a difference to the music heard? You see, only you can be the judge because you and your ears judge whether you hear the difference a cable makes. I can certainly hear a difference in sound quality heard at the loudspeakers. And this pushes me forward to improve. I love what I do, and have learned so much over the past twenty-five years. And, it certainly does take time to learn how to do things the right way. But, I now understand the importance of using the best materials available and utilising the best manufacturing companies to supply the required components. One of the essential factors is customer satisfaction, and I love to read comments and reviews from existing and new customers. Cable Company on Lithuania

Every story has an ending and I wish to end my story by saying just a few words. I am so pleased with the progress since started with Perkune audiophile cables in 2015. Also, the way in which, I am able to help audiophiles and audio enthusiasts improve their system sound. As this is the reason I started operation. Well, 2023 is here and I have already introduced a new item – The Matrix 3:1  guitar cable. And there are more upgrades planned for existing cables, and maybe one or two new models. This year will be a great year and I am really looking forward to it.

If you have enjoyed reading ‘My story – Cable Company in Lithuania,’ please share with friends, and thank you for your support.