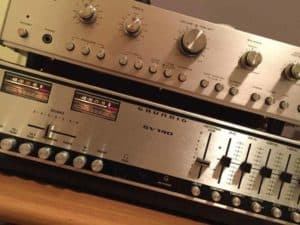 Old or new amplifier? When I started listening to music in the ’70s, I had a Leek valve amplifier and loved the sound it produced.

When I played my guitar, it was through a Vox AC 30 valve amplifier, and again I loved the sound it made. What do you think is the best? Should I buy an old or a new amplifier or just be content with what I have.

Valves are beautiful, and they give so much realism and life to the sound. And, a question often asked, is which do I prefer but is a personal preference. 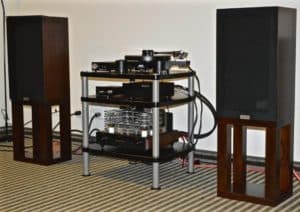 I have used many different types of Valve amplifiers from old to new, and they all sound great. Some companies produce just new Valves which in many ways outperform the older generation Valves. The sound produced from a valve is still one of the most incredible listening experiences ever.

Today, some of the early amplifiers are still in excellent condition and are sought after by people who know what a good sound is. Technology moved forward, but the later amplifiers became very involved in the design. What they were able to offer was a faster sound, but in some cases, they seemed to have lost the musicality the older amplifiers had, and the sense of realism masked. 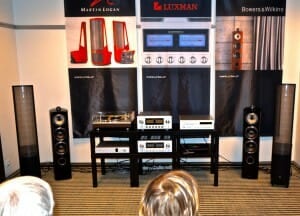 A picture says a thousand words, so here is an example for you to think. An artist paints a picture of a beautiful woman. And, a photograph taken, of that beautiful woman and you look.

The photograph has fantastic quality and detail but lacks the warmth and depth of the painting – so which do you prefer?

Whatever system you have, I think the best thing is just to sit and relax and listen to music!

If you have enjoyed ‘Old or new amplifier?’, please share with friends – thank you.