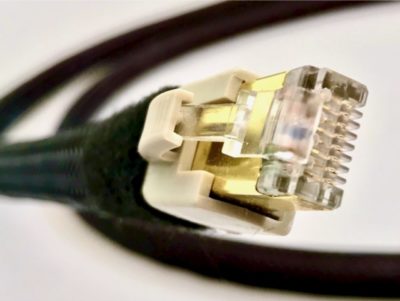 Audio/Video Cable and anyone, getting a cable for interfacing a video device to a display will tell you that there are many cable types in the market. And, you may be wondering which one will be the best for your needs. The proliferation of cable types for interfacing for a video device, such as a projector, monitor, or television, can be attributed to the growing demand for high-definition devices and higher resolution monitors. Audio/Video Cable informationAudio/Video Cab

Because the different cable types available in the market can somewhat be overwhelming, we’ve taken some time to explore display standards, including High-Definition Multimedia Interface (HDMI), DisplayPort, and others. The article starts by defining the idea of display standards. It then describes different types of display cables.

Even though DVI can display video, it cannot transmit audio unless linked to a High-Definition Multimedia Interface (HDMI) converter. The DVI is still in use in many desktop computer devices today. However most desktop models made after 2010, and laptops, only have HDMI. You can also find DVI in some older TV models; newer ones are embracing HDMI.

Let’s take a more in-depth look at the different display standards available today so that you can determine the differences between each one. Hopefully, this will help you choose the one appropriate for your needs. Audio/Video Cable information

Vendors trying to attract more customers would soon improve VGA’s colours and resolution, creating what they called the Super VGA. IBM responded with its improvements, later introducing the 1024 x 768 pixels XGA. More edits would follow over the years.

After 2010, as thinner and slimmer computers became more popular, the VGA standard started being phased out. Devices moved on to standards such as HDMI, Thunderbolt, and DisplayPort. “The thick VGA ports are a stumbling block in making laptops thinner and lighter, especially ultrabooks, which measure up to 21 millimetres and are getting even thinner.”

We have included Digital Visual Interface (DVI) in this article, it is essential to note that the term only applies to a video display interface. Therefore, unlike the other standards we present here, DVI was never linked to computer display standards or screen resolutions.

The DVI became a trendy format with manufacturers of DVD players, TV screens, and computer monitors in the early years of the 21st Century. The popularity also boosted by the fact that, at the time, the DVI was the only standard that had digital and analogue support in one connector.

DVI cables come in different types: DVI-A, DVI-I, and DVI-D. To identify the various wires, check the flat pin on one side of the line. If the pin is flat and there are four pins around it, you are likely looking at the DVI-A or DVI-I cable. The one with only the flat pin would be the DVI-D cable.

The HDMI belongs in a category of display standards that can be called the latest digital interfaces. It is considered modern because of its ability to deliver video and audio signals in one cable, digitally. And, provides convenience when attaching and removing the cable from a device.

In January 2019, tech websites started reporting that a new version HDMI was on the way, promising massive changes, including a new cable and support for resolutions up to 10K.

Writing for the tech website, Cnet.com, Geoffrey Morrison notes that the “HDMI 2.1 brings new features and a lot more bandwidth to the venerable cable and connection.” However, he warns that unless you have pockets deep enough to get a “fancy high-end TV,” it may be some time before you can take advantage of the new features this cable delivers.

HDMI cables can also come in the form of fibre optic. What makes these types of cables distinctive is that fibre optic material is exceptionally light, substantially reducing the weight of the cables made from them. Audio/Video Cable information

These cables mostly used in long-distance transmissions. The reason for this is that the data loss per kilometre in optical transmission is negligible. And, known for their ability to evade electromagnetic interference because of their information based on light.

Hand holding Mini DisplayPort and DisplayPort cables with main focus to the cable connections – tilt-shift lens used
The DisplayPort is an interface whose job is to deliver audio and video over one cable. This display standard developed by a conglomerate of personal computer and chip manufacturers connects a video source to a display device like a computer monitor. And, standardised by the Video Electronics Standards Association (VESA).

When defining a DisplayPort, one question comes up: What is the difference between DisplayPort and HDMI? In an article produced for the website that helps consumers navigate the PC ecosystem, PCWorld.com, Michael Brown and Jon L. Jacobi attempt to answer. They note that “HDMI and DisplayPort do the same things, but in very different ways, and there are features unique to each.”

According to Brown and Jacobi, the HDMI is different from the DisplayPort. It can support CEC (Consumer Electronics Control) for controlling entire A/V setups. Also, the HDMI cable can carry Ethernet information. DisplayPort also supports CES over an auxiliary channel. This feature not commonly used because DisplayPort is not yet universally used in the consumer electronics space. Audio/Video Cable information

Suppose you are planning to invest in a high-end monitor with the latest innovations. In that case, you may also consider getting a DisplayPort cable. This technology is currently being incorporated into computer video cards.

Display standards differ, and cables can be found in different shapes and sizes. What elements do you consider when deciding which one is most appropriate for you?

When it comes to displaying cables, the great thing is that most devices will come with more than one display input type. And, means that you may not need to worry about the specific cable you use. In that case, you can go with whatever you can find, whether based on price or other considerations.

Look at the device and the monitor that you want to connect. For example, if either your device or monitor can only support VGA or DVI, you may need an adapter to use an HDMI cable on the devices.

If you have specific needs, such as higher output, carrying both video and audio, or displaying a higher resolution, you have more homework to do.

Go with HDMI if you want to carry both video and audio. It’s best for modern PCs and TVs. Choose DisplayPort if you wish to an audio and video signal that can deliver higher resolutions. For old legacy video connections, go with VGA.

When looking for the best cable for your needs, it’s important to remember that newer technologies often work with the old ones. However, old technologies do not always work with new ones.