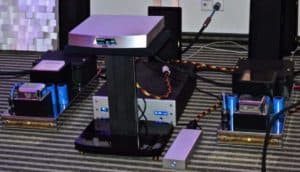 Burn-in your power cord. Last week, I wrote an article which caused a great deal of interaction between people with Facebook groups. And, people on this website. Which, showed me people really do not understand, the aspect of time and effect it has on cables.

Before I tell you the best way to burn in a power cord, I wish to share two things with you and one of them is a true story that happened just over four years ago in London.

I had been invited to listen to a gentleman’s system (which was a pair of Tannoy kingdom Royals) and he wanted to know exactly what I thought about the sound. As I entered the house, I could hear music playing and he smiled and said he was warming everything up for me and said, “I want you to sit down and listen and give me your honest opinion of the sound”.

I told him he had great equipment but the sound was slow and lazy. The system-lacked life had no definition and the focus was way off.  The gentleman looked at me and said, “That’s just what I thought you would say and what can be done to get the sound better?”

I looked at him and told him the first step would be to try to improve the speed of the system which could be done by simply using a better power cord. “What do you mean,” he said, “My Mono-blocks have great power cords because I bought them from a well-known cable company”. I told the gentleman that I could return the next evening and bring some different power cords for him to try. 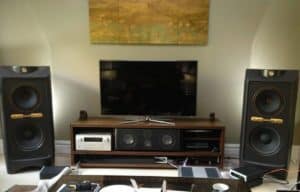 The following evening I arrived at the Gentleman apartment and the first thing I did was change the power cord on the source machine (as I know this to be the best way) and we sat back and listened for changes.

You have heard the term ‘A jaw-dropping expression’ well; I saw this expression for the first time in my life! The next thing I did was change the power cord from the source machine to the DAC and again we sat down and listened for changes.

This time there was another improvement to the sound and my Gentleman friend was very pleased with how his system now sounded. I was able to return a week later and fitted the remaining two power cords to his Mono-blocks. This time the system came to life and was really so good to hear how his Kingdom Royals performed!

The second story is again a true story, which happens to me about two years ago in Lithuania. I had been invited by one of my friend (who is a department head in the medical profession) to visit one of his friends because the friend wanted to sell his audio system as he was relocating to Finland.

A few years earlier, I had owned a pair of JMlab Focal loudspeakers (Diva’s) and Ayre amplifier and was familiar with the specific sound and was looking forward very much to hearing his system. 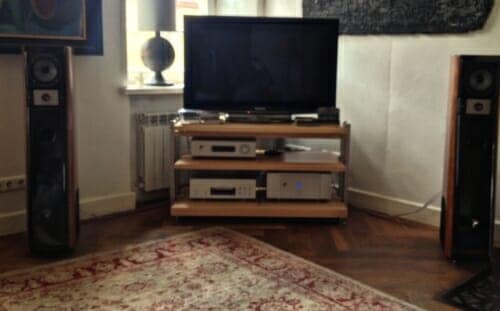 After the first track had finished the owner asked what we thought of the sound. I told him I was not impressed and could not understand why the system sounded lazy and lifeless. The owner became a bit upset but at this point, my friend told him in Lithuania that I used to have the same system and knew how it should sound.

The owner calmed down and simply asked what I thought was wrong. I had a good look and told the owner the first thing was the positioning of the Loudspeakers and the second thing was the power cords because there were not good enough.

I told him an audio system must be in balance. There was just no point to having great loudspeakers, great amplifier and CD player, great interconnects and loudspeaker cables with lower quality power cords.

I told him if he wanted to sell the system then it had to sound the best.  My friend again spoke in Lithuania and then asked me if I could bring a couple of power cords over tomorrow just to prove my point.

The next evening we arrived with three power cords and fitted the first one to the source. Here again, was that ‘Jaw-dropping expression’ and he looked over and seemed to be in shock because the sound was so different.

Next, we changed the pre-amplifier power cord and again the sound improved in many ways. The power cord on the main amplifier was changed. But, this was not so good because a bit of harshness appeared at the top end.

Do power cords really make a difference to the system sound? I have stories from over the years. And, it seems in most cases, they certainly do. For more information on power cord burn, this is good reading.

Is there any difference in sound from different manufactures? The answer is a big fat “yes”. What is the best way to burn in a power cord? Easy, to answer. Plug it in and let it play!

I am sharing just some of my experiences over the past few years.

If, you have enjoyed ‘Burn-in your power cord’, please share with friends – thank you.