Is there an audible, audiophile power cable difference  in sound and performance if the cable length is different? I decided to make a comparison between a two meter and a four meter power cable. And I would find the result, and share with you. There are many conflicting stories, and it seems half the audio population says there is no difference. And the other half say yes, there certainly is a difference.

A power cable, in my opinion, is the most critical part of an audio system. And can be likened to a builder building a wall. Building a wall upon the correct foundation is vital and can support anything. So, likewise, a power cable supports the audio system in the same manner. But, before we start the comparison, I will describe the components used in the audiophile testing session. Audiophile power cable difference 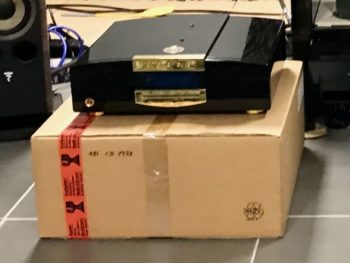 The amplifier supplied by MBI, the perfect choice for this session. Offering a unique role to play as it amplifies the delicate musical signal. Controlling the loudspeakers, and enabling all pieces of musical information heard. The C51, carefully combines the functions of preamp and amplifier in one chassis. And trail-blazing LASA technology provides a powerful and efficient amplifier. In addition, MBI crafted input stages from carefully selected discrete components for optimum channel separation. And a distinct, true-to-life musical image. Resulting in total listening pleasure in half the space. 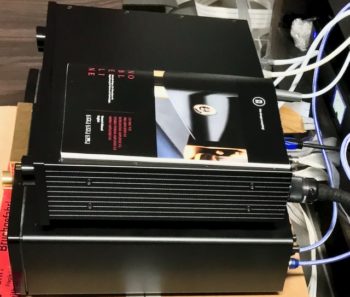 The C51 offers Gold-plated details with piano black finish. And the best feature, a PWM class D output. And the front panel, adorned with an aesthetically pleasing green fluorescent display screen. On-screen labels identify the five buttons above and the volume knob below. The buttons activate the mute mode or turn off the power amplifier. Also, to enter the menu and select an active input. Besides button labels, the screen used to display currently selected input and volume level on the bar graph. The C51 is turned on and off with a small illuminated button on the front panel. A large button with the MBI logo on the top panel displays dimming or switching. The amplifier can deliver 180 watts into 8 ohms or 300 Watts into 4 ohms. Dimensions of the amplifier are 17.7″ x 5.7″ x 17.5″ and weight of 50.7 lbs.

The loudspeakers used Elipson Prestige Facet 34F. They are introducing a host of innovative technologies designed to achieve optimum performance. The most visible is undeniably the ring of sculpted facets surrounding each driver. And this rigorous design ensures optimal acoustic performance. The speakers are equipped with two 10″ bass drivers and two 7″ mid-low drivers. The latter fitted with a bullet-shaped phase plug to limit vibrations and reduce distortion. A 25 mm ‘soft’ dome tweeter reproduces highs with finesse and precision. The multifaceted, sculpted silicone surround rings encircling each driver reduce the baffle effect and limit diffractions. The result is a more linear response curve and smoother listening experience. The lacquered front panel is two dense, thick materials and strengthened by several internal brackets.

In addition, the speaker’s steep-slope filter relies on highly efficient, audiophile-grade components. Finally, the finish quality is not overlooked and offers benefits such as premium-quality vinyl and a lacquered front panel. The loudspeakers rear counts as much as the front. And why the designers created rounded, high-end dual speaker terminals with silver-plated contacts, maximising signal transmission. Banana plugs or spades may also connect to the terminals. Neutral and accurate, this speaker delivers sound free from colouration and is faithful to the original recording. And high sensitivity allows pairing any amplifier having a power rating of 300 W or less per channel. Audiophile power cable difference 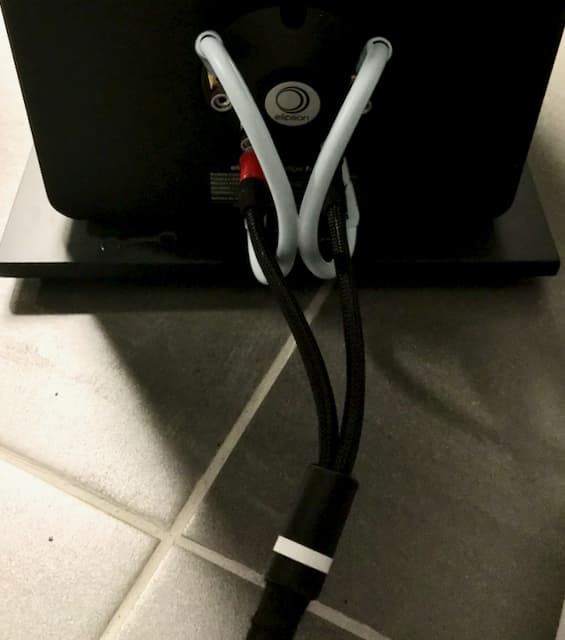 The speaker cable selected was three meters in length and supplied by Perkune audiophile cables. The Reference loudspeaker cable is of unique design. Every conductor has a diameter of 2.97 mm2, arranged in double symmetry, each with 37 concentrically stranded wires. The cable is neutral and does not add or subtract anything from the original material. And offers outstanding performance. The sounds experienced have Knife-edge clarity, total transparency, and perfect instrument positioning. And you feel the sensations of pleasure, emotion, and shock as the cable reveals even more of the musical presentation previously experienced. Audiophile power cable difference

The first step, test the two-meter power cables against each other, and establish best overall performance. The second step, play the testing music and have the listener establish a reference (or base line) for himself. After the system warmed up, the listener sat in the listening position and testing commenced. The person chosen, was well known music producer Thomas Blinder. Thomas, now living in Vilnius Lithuania, had been previously been working and recording in London, and renown for his critical ear! 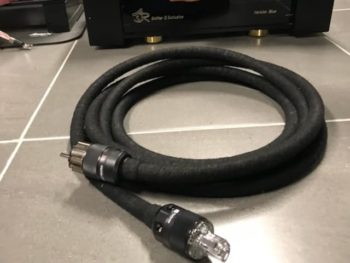 I arrived at the Matrix listening rooms having no expectations. But, there were two moments when I became shocked. The first, was when I heard ‘Bubbles’ by Yosi Horikawa. And a really outstanding piece, because the room instantly filled with sound. And while my eyes were closed, I had no idea where the sound was coming from. The volume was at a perfect listening level, and easily able to speak. And considering the size of the room was 56 square meters the sound was absolute perfection.

I opened my eyes, looked at three pairs of speakers and still had no idea which speakers were in use. I never heard such clarity. And just when I thought things couldn’t get any better from a system of this grade, I heard these words. Would you like the music to sound better? And me being sceptical, I sincerely thought I was not going to listen to anything better. I replied, yes, what can you do? And looked on in amazement as the two-meter amplifier power cable was removed and replaced with a four-meter cable. I thought, you’re wasting your time as I’m not the man to listen. But, I said OK, please play the same track. And that was when a bunch of brain fucks struck me. Far more bass, higher volume and a stereo field whited increased so much even a five-year-old would notice. What the hell? How can a single power cord do such a thing? I was listening and trying to find a logical explanation of how it was possible. Because, I had never experience anything like this before in my life.

A great test involving three audio professionals, who all heard the difference the four-meter power cable made. The system used really sounded wonderful, and gave so much musical information for a person to digest. And as with anything, do not knock what you read, simply try for your-self and you be the judge of what you hear!