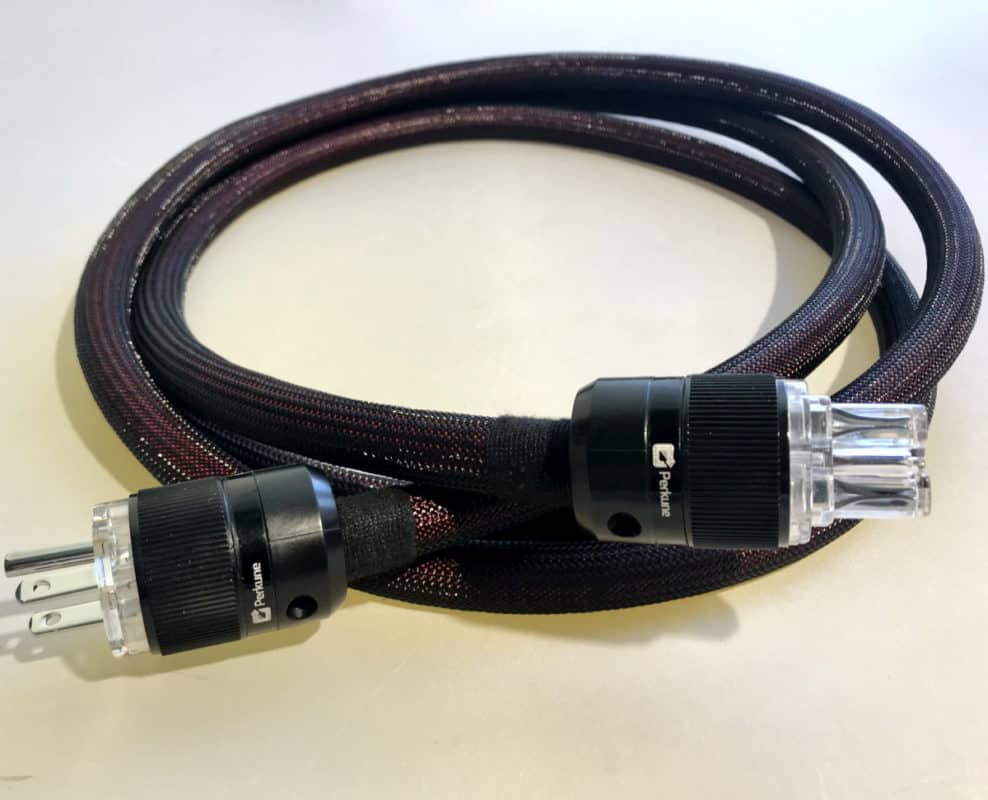 I am originally from the United Kingdom but moved to Vilnius, Lithuania, in 1998. My audio system comprised of a Denon amplifier, Denon CD player and a techniques turntable. I also had a pair of Tannoy loudspeakers and was using the power cords and cables supplied. The sound of my system was excellent (so I thought), but I wanted to add a DVD player to keep up with the Jones! At this time, Vilnius saw many changes. As I was walking through the ‘Old town’, I discovered a shop that sold DVD players. The shop also sold ‘Hi-end’ audio components. And, I was amazed to see a shop of this standard in the Baltics.

As I entered the shop, a gentleman approached me and introduced himself. Dennis asked what I was looking for, and luckily he spoke English, so he made communication very easy. I told him what I needed, and he invited me into his ‘Listening room’. I was very impressed with the high standards and the components the room contained. And I was in a different world. But, when Dennis asked what equipment I was using, I felt a bit embarrassed. And, giving Dennis my gear list made me realise how far down the audio ladder it was (as the actual ‘hi-end ‘ audio played softly in the background).

Dennis suggested that I should listen to a used Esoteric DV-60. The DV-60 was about a year old and in perfect condition. I was more than happy to listen and watch the movie, but this confirmed how far behind I was in the audio world. As Dennis hooked up the DVD player, I noticed he changed the power cord. Dennis replaced the black power cord with a long and thicker purple power cord made by Nordost.

I asked Dennis why he had changed the power cord. He looked at me, smiled and said: “Because I want it to sound the best for you”. Looking back, I said, “But how can that make any difference to the sound”. Dennis demonstrated how a power cord made a difference as he changed from one Power cord to another. And his simple action was the start of everything for me!

Until this meeting, I was unaware a Power cord could make any difference in the loudspeakers’ sound. So I had always been content using the power cord supplied. I thought the people manufacturing the equipment also supplied the correct Power cord (which seemed to make sense) and had no idea about the research and developments in this area. I was sceptical because I had never been told about cables or Power cords and never had the opportunity to listen to the differences myself.

Over the next two years, I upgraded my audio equipment, including all components, cables, and Power cords. I was no longer a sceptic as I had proved everything to myself. On the contrary, I was pleased because my sound was now on a different level. You see, I was very fortunate because I was able to hear the differences a cable made and understood how everything functioned.

Dennis and I became good friends and one day invited to attend a two-day seminar. The seminar was held at a hotel in Vilnius and hosted by a company called Nordost and was to demonstrate the difference between audio cables. During the workshop, I became aware of just how vital a Power cord and audio cables were.

Thirty people attended. And from Lithuania, Latvia, Estonia, and Russia. The speaker was a Norwegian engineer from Nordost who started the presentation by introducing the range of Nordost cables. The prices started at 350 euros and finished at 20,000 euros. The selection was excellent and contained Power cords, Interconnect cables, and Loudspeaker cables. The Demonstration was impressive because of several other manufactures cables used for comparison. For most people, it was clear when a cable changed because the quality of the sound changed. The sound because more open with better energy. I could hear changes through the range. But with the last three cables, the changes were so small it was virtually impossible to listen to the minute differences.

There were six people in the group. And, said they could not hear any difference at all, and it was all bullshit. So, they did not attend the second day. Only three people could listen to disagreements over the entire range. Ten people could easily hear changes up to 70% of the spectrum. Demonstrating people are different and listen to things differently. If you are a person who can perceive the differences, then you are fortunate!

What did I learn?

The seminar lasted three days because of the interest of some of the local dealers. We decided to hold another day’s training in the listening room, where I first met Dennis. People came and brought their components and cables to test. And, was excellent training for everyone and proved everything mentioned at the seminar.

The third thing I learned was about the effect of incorrect Polarity. With cables, Polarity is something often overlooked, and all must be connected the same way. Again, we used the electrician’s screwdriver to check because it was easy. First, the power cord is plugged in, and the screwdriver is put into the IEC connector’s right-hand side. A red light indicates the Power cord is correct. But, if there were no light, we would have rotated the Power cord 180 degrees and checked again. This operation took two minutes but did make a difference to the sound heard.

The fourth that I learned about was cable length. The cable’s length applies to the Power cord, Interconnects and Loudspeakers cables. It certainly did make a difference when a three-meter loudspeaker cable replaced a two-meter. In the same manner, when one meter interconnects were replaced by a two-meter. And when a two-meter power cord returned a one-meter.

There are no clinical trials, scientific studies or measurements made on audio cables and power cords. Nothing has been done. The reason is the lack of equipment necessary to measure the performance of the sound. How can you measure feelings, emotions, and elements that make a sound? Also, the width, depth, and dimension of the music? How to measure the quality, quantity, and dynamics of the sound?

You can visit your local Hi-fi shop and test a Power cord or a cable. Then and only then will you will know if it’s for you. I wish to finish by saying always believe in yourself. And, never listen to what other people tell you. Because maybe they have never experienced this themselves. Don’t get hooked into stupid conversations because many people say it’s all rubbish!. And, always test cables yourself in your listening room.

Twenty years have passed, and I am in a different position than the day I went to buy a DVD player. Over the past six years, I have developed a range of cables that outperform many of the top audio lines, and at a fraction of the price. I have some great customers. All of whom have great stories, which I am happy to share with you. I help people improve their audio systems in many different ways. And maybe you would like some help because, maybe a power cable could change your life!

If you have enjoyed ‘Power cord changed my life’, please share with friends – thank you.