Porsche best but Ferrari club? And, just what do I mean? A picture of a Ferrari Testarossa owned by ‘Ferrari of Denmark Club’ president Peter. And, next to the Ferrari, a Porsche 911 turbo 450 BHP owned by myself.

I took a trip over to the UK and went to visit one of my friends in London who owned a Garage. My friend Michael loved my Ferrari 365GTC and asked me if I would sell it to him. An interesting question and I said, but it all depends on the price. But, I will need something to get back to Denmark. Michael asked me if I had ever driven a Porsche before. I replied I owned a 924, 928, and Carrera. But I preferred the power and sound of Ferrari. I see he said, so you have never driven a Turbo? He asked. Now I was invited to look at something he knew I would love because it had the noise, power, and fun that I had been missing.

I went with Michael into the garage and saw a gleaming red 911 Porsche Turbo looking back at me. “Get in and see how it feels,” Michael said. So, I slid into the Porsche, and It was so beautiful, with a smell of leather I will never forget. Everything was just absolutely magnificent. My hands just fell onto the steering wheel, and everything was perfect. I felt like Porsche had created the car for me. You can take it for a spin if you would like to see how it feels. Michael put the plates on and said OK, Paul, go and have fun. So here I was, sitting in a nearly new Porsche 911 Turbo that was in mint condition and waiting to drive. It only took a few seconds, and I realised this meant to be. The Porsche was so different from any of the Porsche I had owned before. I felt so excited because this was breathtaking, and the sound was like nothing I had heard before.

The performance of this car was just incredible. I found out that it was not a standard Porsche. The owner was a bit of a fanatic and had work done to the engine. Power increased to nearly 450 BHP.  And, when you put your foot down, it felt like being pushed into the rear seat. The sound system was the best car sound system I have ever heard. There were extra speakers in the front and rear and also twin 500 Watt amplifiers. As sound was my passion, this was definitely for me! 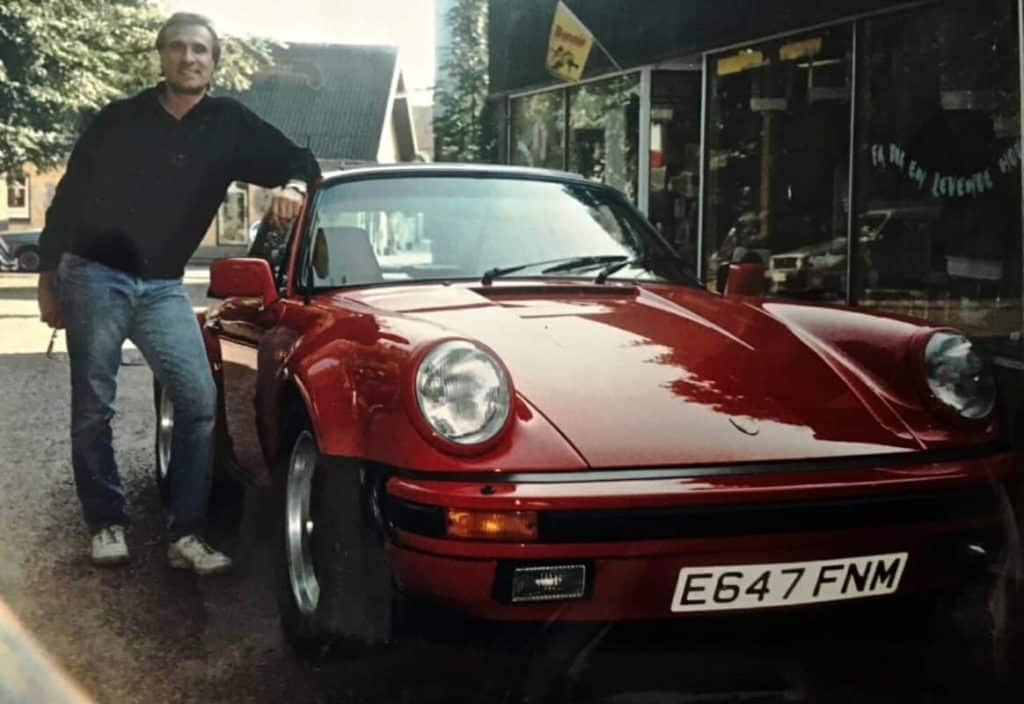 After driving around for only a short time, I knew this was for me. Now it was time to go and see what sort of deal Michael would do with me against the Ferrari. It is funny just how things work out sometimes because there was already a person who had seen my Ferrari and wanted to buy it. Michael offered me such a great deal I would have been crazy to say no. We completed the paperwork, shook hands, and I headed to the Ferry and back to Denmark with my new buddy. Now I was back in Denmark with my Porsche and was in heaven. And I mean I have never enjoyed a car so much in my life. I decided to go and show it to the guys who were all enthusiasts and members of the Danish Ferrari club. I wonder how they would react to me now having a Porsche. Would they laugh, would they cry, would they tell me to go away? All these thoughts raced through my head, but as it turned out, they all thought it was great to have such a beautiful Porsche in the club.

I think the most memorable thing that happened to me was when I attendedNurburgring in Germany. The event, the Ferrari club had arranged, and we spent three beautiful days learning how to drive our cars correctly. We needed to learn how even to prepare our cars for the event, and specific adjustments made. Tyre pressure played an essential part in the vehicles handling and also to overall performance. The car needed the right amount of fuel, and checks to the fluid levels were critical — even adjustments to the suspension. There were so many things to do, but all learning and proper training. 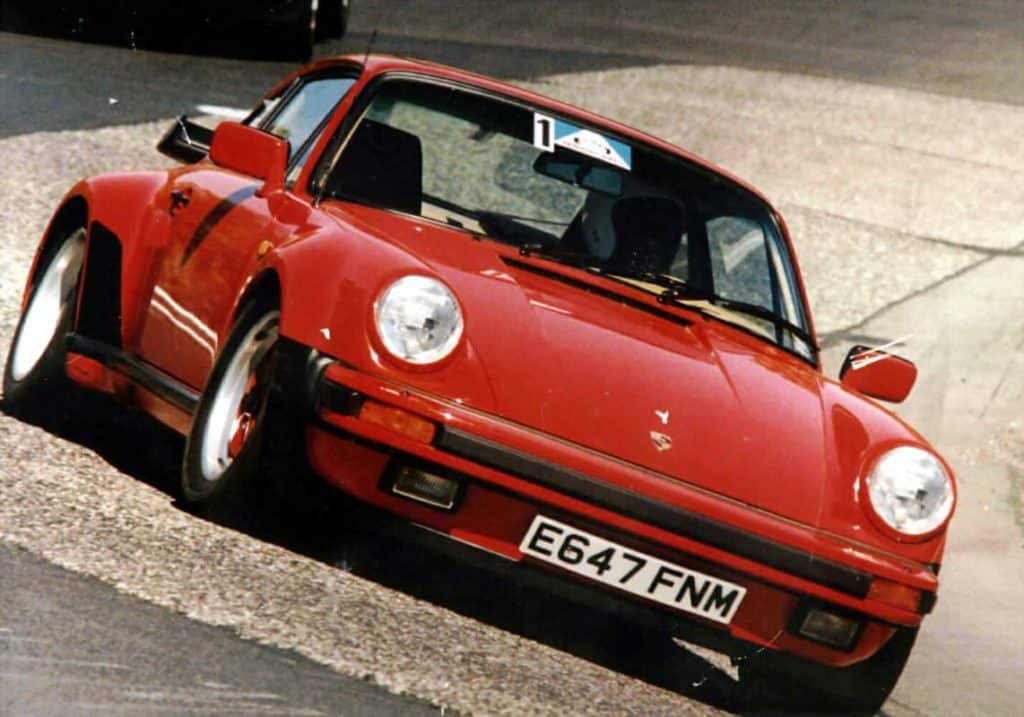 As I stated earlier, this car was modified. And it could reach 0-60 MPH in about 4 seconds. It could also reach 0-100 MPH in less than 8 seconds and return to zero in just a few seconds. The brakes upgraded. Also, the suspension improved. And the car lowered and widened. I did have a fantastic machine, and wondered how I would go around the track.

The start of the speed tests was to see how you could improve the cars handling. And, was learned from one point to another but doing it the right way. My times nearly halved after being shown the correct way. But that is the same with everything in life. There is a right way and a wrong way. But learning to do what you can, is the best experience you can ever have. The three days went like lightning. We were very fortunate as we were able to meet a few of the well-known drivers.

My new friend had a race-prepared turbo modified by Ruf engineering. And, was taking a 911 turbo to the limit. Everything was the best it could be, and it was a completely different car to what I was expecting. We climbed in and strapped our selves down. The radios were built into our helmets because this was the only way to have a conversation. First, he said “Everything OK Paul” and turned the key. What a noise and the whole car shook with the power as he blipped the throttle. We had not moved, but already the blood had started to pump through my veins!!!

We started and moved onto the track, but it was the way the car drove that shook me. I felt like there was nothing between the road and myself. And the way the car moved it was like was glued to the road. The performance was mind-blowing, and we went through corners that I still do not know how we did it. My heart was pounding with the noise, the excitement, and the fear that we would not make it. The best part was driving down that last home straight at just over 200 Mph and making it back in one piece. I got out of the car, but my legs were like jelly. And I was trembling with the shock. But, it was the best experience ever because of the person who could drive!

When we had finished, I went to pick up my Porsche, got in, and drove away, but something seemed wrong, where was all the power? My car looked like it was not moving, and the brakes were still on. Then the corner appeared, and I spun three times with black smoke coming off the wheels (wished that someone had taken that picture) After this experience, I sold my Porsche because I found it impossible to drive the same way as I had been driving it in Germany. Safety first, and from that point on, my driving has wholly changed. Now, I am many years older and wiser and get my fun from helping others to improve their audio systems but will never forget the feeling of the power from the cars!

If you have enjoyed the ‘Porsche best but Ferrari club?’, please with friends – thank you.