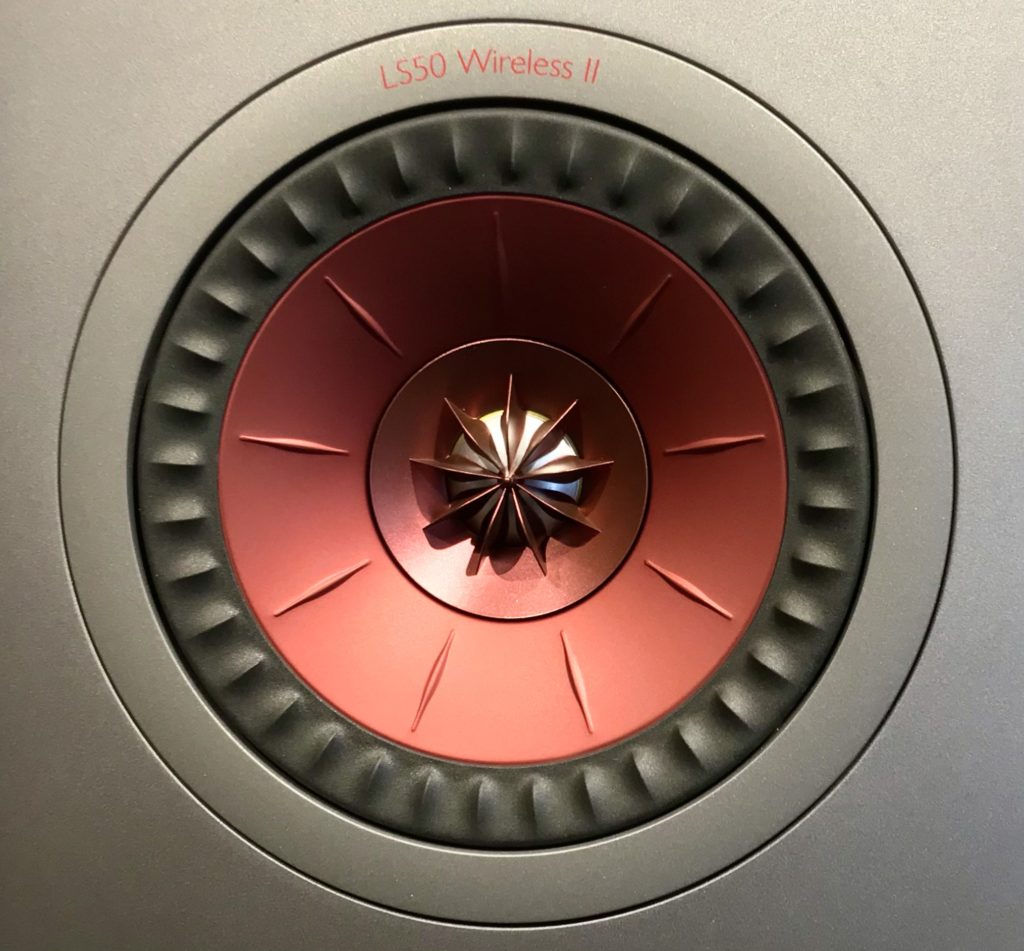 The KEF Wireless II is more than a high-performance loudspeaker. And, it’s the perfect all-in-one speaker system. Also Relieving every detail of your favourite music, which you stream from any source thanks to wireless compatibility with AirPlay 2, Chrome-cast and more. And these are listening experience results at ‘Garso Namai’, located in Kauno g. 31 Vilnius, Lithuania.

KEF always pushes the technological boundaries in its mission to create the best possible sound. And, MAT is the physical manifestation of that drive. As a joint development project with the Acoustic ‘Metamaterials’ Group, MAT breaks entirely new ground in loudspeaker design. A genuinely revolutionary tool in the KEF acoustic armoury, ‘Metamaterial’ Absorption Technology. And, (MAT) is a highly complex maze-like structure that eliminates unwanted sound from the driver’s rear, resulting in a purer, more natural performance. 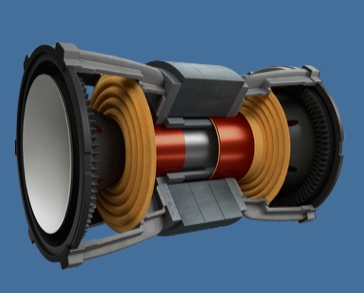 KEF’s innovative, patent-pending Uni-Core™ technology redefines the physical space high-performance speakers and subwoofers required to deliver deep and accurate bass. Through exceptional engineering and creativity, KEF’s engineers have revolutionised the traditional force cancelling arrangement with a Uni-Core™ design that delivers deeper bass from ultra-compact cabinets. And, these certainly were!

Metamaterials are specially developed structures that use existing materials in such a way that they exhibit new properties. MAT’s tuned channels absorb 99% of the unwanted sound from the driver’s rear, compared to around 60% absorption from loudspeakers using different approaches. KEF wireless II

KEF’s bespoke Music Integrity Engine aids all aspects of the LS50 Wireless II’s performance. This collection of bespoke Digital Signal Processing algorithms is optimised for the Uni-Q driver, enabling it to deliver a perfectly timed performance. Also, the built-in amplifiers have been developed in-house by KEF. Each tweeter driven by a 100W class A/B amplifier that delivers a smooth, incredibly detailed treble performance. Dedicated 280W class D amplifiers power the mid/bass drivers for room-filling, controlled sound up to 108db.

Every aspect of LS50 Wireless II has been considered for acoustic benefits and from a design perspective. The curved baffle’s low-diffraction is precision modelled around the Uni-Q driver. And, eye-catching heat sinks and colour-matched ports located on the well-equipped rear. The top-mounted control panel designed to be stylish and functional. Owners of the LS50 Wireless may be wondering what’s new? The answer: pretty much everything. The original was fantastic, but LS50 Wireless II is better in every respect, with improved sound, better connectivity and usability. KEF wireless II 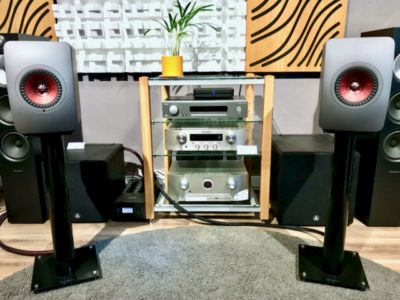 The feel and the finish of the speakers were excellent, and the look futuristic. But how will they sound? I wondered as Lukas plugged in the power cables. Power came up as a network connection established. The first speaker came online. And, after a few seconds, number two came to life! What do you want to listen? Lukas asked. And, I suggested kicking things off a selection from Diana Krall.

The speakers warmed up, and Diana certainly sounded great, and I was impressed just how good the speakers sounded. There was incredible detail in the upper end, and mids were just right. The bass was excellent, but we both agreed it seemed a touch on the light side. We allowed thirty minutes of warming up and then decided to go with our favourite artists. The latest album, ‘Point’ from Yellow, was found, and we were ready for the session.

The music played and we sat back and enjoyed the performance and really were pleased at what we heard. And, said how easy its was to get high quality sound without the hassle of additional equipment. Meaning also, how cost was drastically reduced and making it a very affordable purchase. KEF wireless II

The KEF wireless two supplied with standard power cables. And, I felt the power cables were a bit of a letdown because I know the speakers could sound better. I decided to fit Perkune Reference 2 power cables. The power cable was two meters in length and the latest in the reference series. And, took just a few seconds to change.

The first thing we noticed, was the sound now came from the speakers with such a force. And it was pushing us out of the way so we could hear. Also, the sound was now different and had new life and energy. It seemed like we removed a ton of rubbish from within the speakers. And, now, heard only the music. The music had transparency, depth and colourful details that built up a beautiful 3D picture.

The sound was now impressive and a ‘different kettle of fish’ – as the saying goes. The music sounded excellent and had everything you could want. There was enough bass, and easy to listen without fatigue or overload in any form. And, now, a real listening pleasure in all the music that we played through the system.

I ask this simple question “How can a Power cable make such a difference” And, the answer is, why did KEF not fit a decent power cable to their great sound speakers?

It is a pity to lose the possibility of such an excellent sound by the failure to supply a decent power cable as a person will be losing out and missing so much. From experience, I know how vital a suitable power cable is to allow a component to show itself in all its glory.

If you have enjoyed ‘KEF wireless II / Reference’, please share – thank you.