How to improve Bass: And, I have written this blog to help others who share the same opinion as myself.

Because in most cases, it is hard to get the correct amount of Bass and the way you want your system to sound. And, it all comes down to the dreaded crossover! How to improve Bass

The Tannoy Edinburgh is a beautiful looking enclosure and the subject of much discussion in the audiophile world. I have written ‘How to improve the bass’ to share my findings. And what I did to improve my system sound.
Over the years, I have owned many models, from the Berkeley, Arden, SRMx15, Turnberry, Glenair, Edinburgh, GRF’s, and Kensington. I have also listened to many other Tannoy loudspeaker systems, and every order is different and has its sound.

My Edinburgh’s looked great but felt the crossover that came with them was not really up to par. And would not allow the enclosures to respond in the way I wanted. I decided to look for a replacement crossover, hence this story of ‘How to improve the bass’. 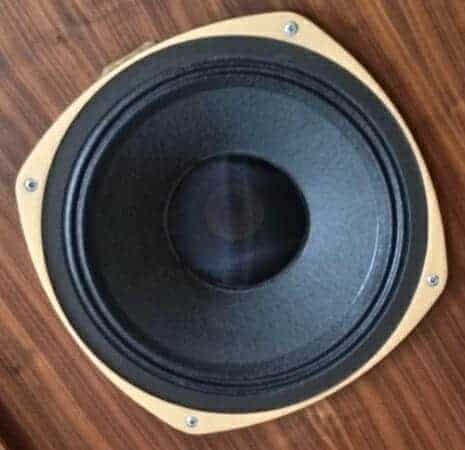 Tannoy 3149 12″ driver with Alinco magnets, fitted to the Edinburgh enclosures. The enclosure came with a crossover that was first order HF and first-order LF and set to crossover at 1200 Hz. The driver had a frequency response of 28 Hz to 25Khz and a sensitivity of 94db.

This tannoy driver is a true classic and certainly has a huge following worldwide and has its unmistakable sound. 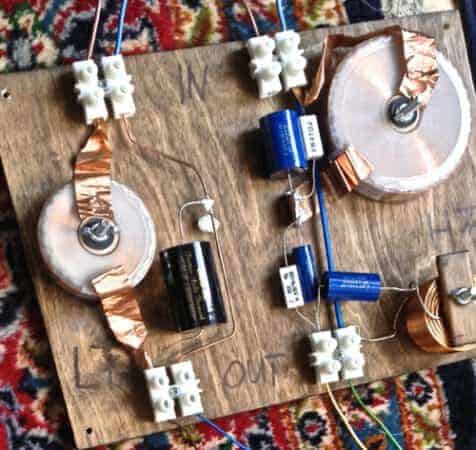 The first crossover I found (with the help of eBay) built by an enthusiast who lived in Romania.

The crossover employed top of the range components and crossed over at about 1K. I exchanged several emails with the owner who was able to answer all my questions correctly and had a great experience in crossover building. How to improve Bass

After two weeks of waiting, the crossover finally arrived. I was very excited and connected it up just as quickly as I could and sat down to listen. Unfortunately, the crossover did not make any bass improvement so contacted the person who said: “let in burn-in for a week”. I did, and the sound did improve but certainly did not live up to my expectations! 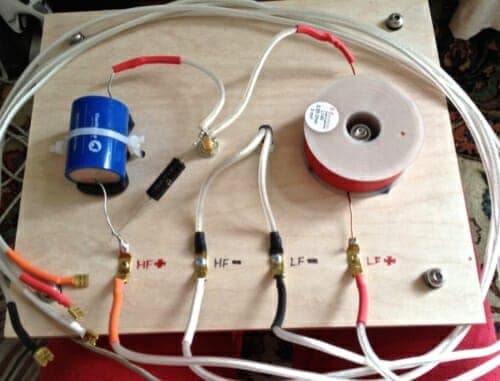 The second crossover was hand-built by a Tannoy expert who lived in London. I found the gentleman from a friend of a friend who like-me is a Tannoy lover. It was an absolute pleasure to meet this person, and again we shared many emails. The build took over three weeks and another month before the crossovers finally arrived. How to improve Bass

The components used were ‘Best of the best’ and assembled very well. The Capacitors supplied by ‘ClarityCaps’ and Inductors provided by ‘Mundorf.’ The crossover frequency set to 1.2K. The cabling was pure silver, and the mounting boards were hardwood.

I was ver,y excited when I unpacked this crossover and connected it up as quickly as I was able. I pressed play on my CD player and listened. The sound I heard was so much better than anything before. The difference in clarity made a big impression. There was a much-improved sound stage, and I heard more details. But even though the ba, ss had improved I still wanted more! How to improve Bass 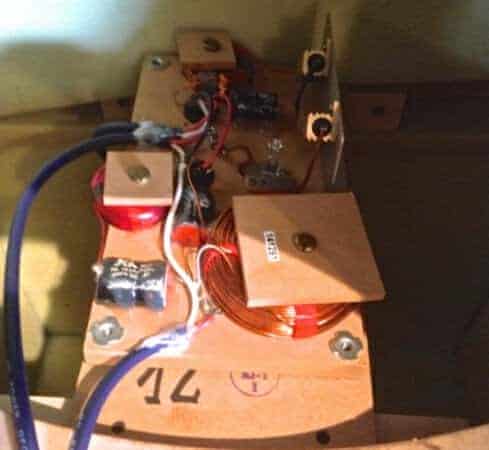 The third crossover was from the Tannoy professional series and supplied by a company known as ‘Mainly Tannoy’ from Hampshire in the United Kingdom.

The owner is Mark (who has a great experience with Tannoy crossovers). I got to know Mark significantly over the following two weeks as we exchanged emails and telephone conversations

After three weeks, the crossovers finally arrived, and the installation complete. But to cut a long story short, I was still missing the depth I wanted. I decided to get involved and get my old trusty soldering iron warmed up. The two small lamps and connecting resistors had to go. After the removal, the crossover fitted into the enclosure. I used a studio-grade cable to connect the drivers to the crossovers and soldered the audio cable directly.

One of my terrific friends has a pair of Tannoy Autographs fitted with 15″ monitor Gold drivers. The Autographs have a fantastic sound, and I have spent many hours with my friend listening to his varied collection of CD and Vinyl. How to improve Bass

All modifications were done in my friends listening room because I think he is just the same as I am with trying to find the best bass. As you can see, my Edinburgh’s look very humble sitting next to the Autograph’s and I wondered how they would sound this time around!

It only took a few bars of music to hear how the Edinburgh’s sounded. They had clarity in the upper regions plus the rich middle tones make the ‘Pepper-pot’ driver famous. The bass was now in another league and the best I have heard from my Edinburgh’s. My friend agreed and was impressed, to say the least of the power and performance the Edinburgh enclosures were able to deliver. The next step is positioning the speakers!

If anybody ever says to me “The Edinburgh has no bass” I will stand up and tell them this story because it shows what a bit of perseverance and a crossover change can do!

If you have enjoyed ‘How to improve bass’ please share with friends – thank you.