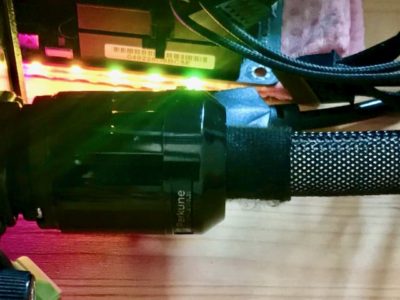 I have just returned from a four-hour listening session at a clients apartment in Vilnius, Lithuania. And want to share information and lessons learned because it proved the power of a suitable audio cable once again! And because of the great results, I have written this post entitled Dali loudspeakers and Scott amplifier.

My story started when I met Antanas Šėmis in the summer of 2020. Antanas works with 3D modelling, and so needs a top of the line computer system. And it was in February 2021 when I discovered Antanas had a passion for audio. The thing is that once you get bitten by the audio bug, there is no stopping what will happen next. And as this story will show, it has taken a year to develop from the first bite to full-blown development.

About two months ago, I received an email from a good friend named Tautvydas (involved in the distribution side of audio/video systems). And Tautvydas offered me an old pair of Dali loudspeakers. The speakers looked good, but the cones had disintegrated and needed replacing. So I thought about Antanas as he told me he would like to try a pair of speakers with this system as he wanted a better sound. 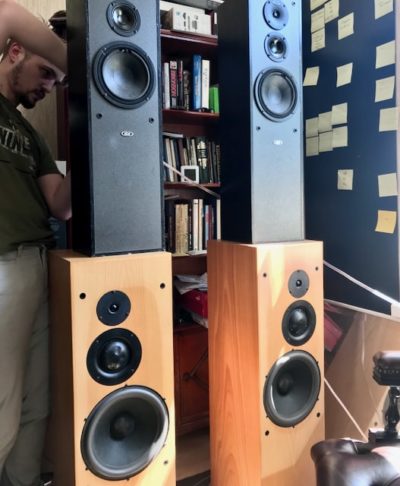 Antanas jumped at the opportunity to get the Dali Loudspeaker and immediately ordered a pair of replacement cones from a dealer in Holland. The price of the replacements was 30 euros and arrived in Vilnius one week later. Antanas fitted the new parts and invited me over to listen.

The Dali Loudspeakers series 7 are from the seventies. And condition excellent, with very few marks on the cabinets. They were missing the front panels, but I think they had been well looked after but suffered the driver’s disintegration due to their age. And, due to their zero cost, they can be regarded as the best value on the planet! 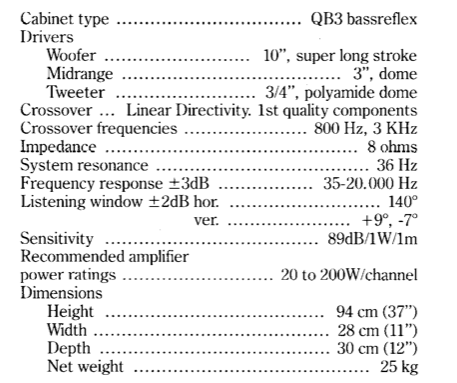 As you can see, the specifications are excellent, and the sound we heard certainly proved the loudspeaker specifications met. The bass was full and rich with fantastic depth, and the mids and highs were just as they should be. However, there were some very slight distortions, and we realised these were from the connecting cables.

It also became apparent, there was insufficient power coming from the computer to drive the Dali loudspeakers, and the only way to correct this would be with an external amplifier. So Antanas looked online and found a few he liked and asked for my opinion. I looked over the selection and immediately saw a vintage Scott amplifier 420A from the seventies. So I suggested to Antanas that he connected with the seller and bought the Scott as quickly as possible because it is a perfect match.

I took my time to inspect every cable and the way system was connected. And, suggested to Antanas to return next week, and bring a selection of cables with me. I knew the way to improve his system sound. Antanas agreed that he knows the results from cable changing and wrote an article in March 2012. 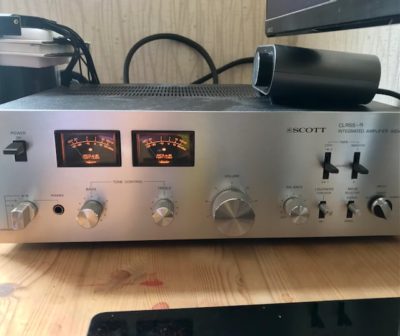 The audio bug had certainly bitten Antanas almost one year ago. And, now it was time for things to start happening. A few days ago, Antanas sent a picture of his latest possession, the Scott 420A amplifier. And it looked gorgeous. So I suggested we meet at the weekend, and I would bring my cables. So, the weekend arrived, and we met for the testing session. But, first came the coffee and croissants, as we needed to get the energy need for the task ahead! And what a job it turned out to be—just over four hours of one of the most enjoyable times in my life. And, that is saying something! 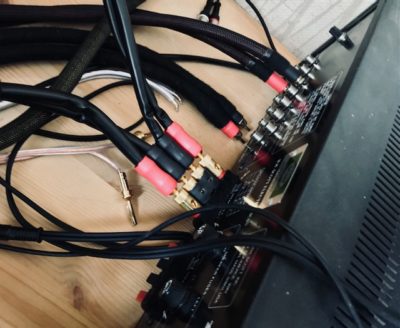 The specifications of the Scott 420A are undoubtedly impressive and goes to show how things were 50 years ago. This build is amazing, and the only change was the fitting of new speaker connections.

The system’s sound with the Scott 420A amplifier inline was a massive step up the ladder. And, we both loved what we heard. I have listened to many audio systems during my life, and I was surprised just how good this simple system sounded.

I decided the first step was to replace the standard loudspeaker cables with a pair of Perkune ‘AirDream’ 2.50-meter cable. So we played the first test track and became accustomed to the sound-stage, dynamics, frequency response, tonal range, detail, micro detail and many of the factors I listen for when testing the effectiveness of an audio cable. And we sat back to hear if there was any difference in the system sound. 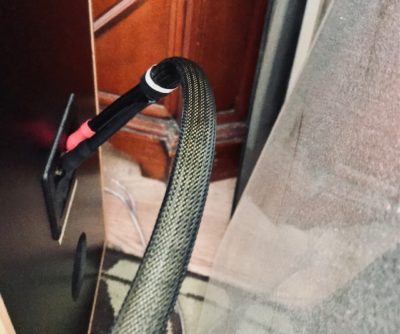 The soundstage had improved, and the music was more accessible listening. But, at the same time had a warmth to it. Which is something I had not bargained for. The system became alive, with a cleaner, fresher feel, and instantly made a good impression! The result was positive, and so the next step would be to change the Amplifier power cable. And I decided to use the Perkune Matrix 1.5 power cable, which was the same cable Antanas used on the computer. And, we know how the system sound changed when we did this right in the beginning. 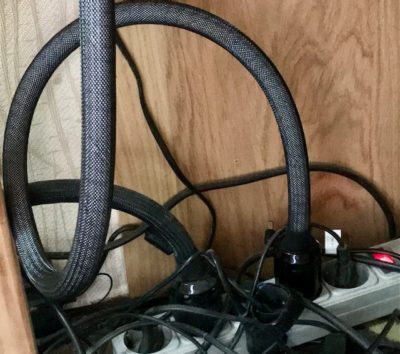 I love power cables and believe a power cable is a base on which to build a solid foundation, and how a power cable changed my life. The standard power cable removed, and a 1.5-meter ‘Matrix’ power cable installed into the system, and the music resumed. OMG, what a difference, and we both looked at each other as we heard the difference the power cable made. The difference heard instantly, and we did not have to listen for it. Proving the power cable is working and working very well. The soundstage had opened up, the dynamics improved, and transparency and image positioning spot on. The music was inviting, and so much so, we just sat and listened as the next track played. 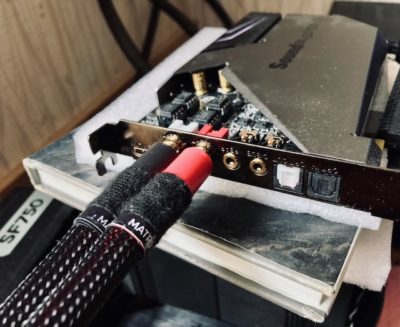 The Interconnect cables connected from the sound card into the amplifier, and by doing this, avoided using the DAC. It is always better to minimise cable runs and components that are unnecessary. And, by doing this, quality is at the forefront! We played the music and again heard the difference instantly. And, this time, it was Antanas who listened to the difference before I did. Antanas said he could listen to a new clarity in the music and so much detail and micro details appeared. I agreed 100%, and the music reached another level. But this time, everything was so involving we just sat and listened as three tracks passed. We looked at each other completely in shock as the sound was just so good. The Scott amplifier was just a fantastic sounding amplifier. And, it goes to show what a suitable power cable and a pair of interconnects can do! 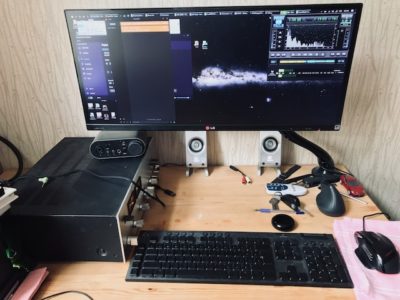 Antanas and I are in total agreement with the information gathered. And the facts and figures of what we found and the results are given. If you have any question, please feel to contact me at any time.

If you have enjoyed reading the ‘Dali loudspeakers and Scott amplifier’ article, please share with friends – thank you.