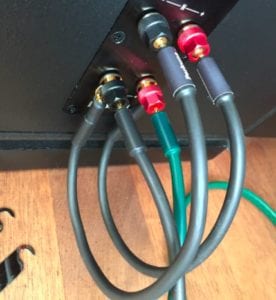 Audiophile Elite interconnect ‘Jumpers’ review. About three months ago, I received from Lithuania a set of Perkune Audiophile Cables from the ‘Elite’ series.

I would like to add from myself that I really like Paul’s cables, although they are not perhaps the fanciest and the most beautiful in the world, and vice versa they look like those from the ceiling between vintage. But praise them for great musicality, great plasticity of sound and first-class transparency.

I must admit that Paul has a good ear for cables. General impressions and construction Well. Perkune cables look like they look. The cables are protected by a dark green, rubbery heat-shrinkable jacket. This shrink coating is to play an additional role in “air cushioning”.  Inside there are two cables. Before sending to the client, every cable demagnetises, and subject to many other physical processes that cause full optimisation of sound. As with loudspeakers, Paul recommends that after removing the interconnects (and jumpers) from the box do not touch with your bare hands (fingers) neither plugs nor connectors – it is best to use cotton gloves.  Audiophile elite interconnect

That’s why the wires have all plugs packed in plastic bags. It is only during the process of connecting/installing the cables that the bags should be carefully removed. Mr Goodwin writes about the interconnects: “This is a neutral cable, which means you can hear everything from the source and ultimately allow your equipment to reach its full performance potential!” The end of the quote. Time for the sound experience. 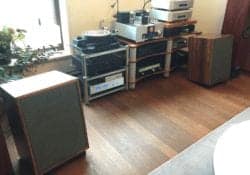 Since I had more than three months of the Elite cables, I managed to test them with a lot of equipment. From cheap, to extremely expensive, ie from an inexpensive, eg DAC S.M.S.L. M7 PLN 1,100), through the average NuPrime DAC-9 and further – higher Hegel H160 and Yaqin MS-650B, up to the high-end SACD / DAC transport DSD Esoteric P-05X/Esoteric D-05X

And what? – you can ask. Well, Perkune Audiophiles Elite Interconnects in all the ceilings worked well and adapted to everyone. No loss of sound substance or resolution, no thickening of bass, excessive lighting of the sopranos and thinning of the diameter, and finally without slowing down and without loss of voicing.

The sound in each case was fully saturated, substantial, vivid and first-class resolution. Followed in the direction of naturalness, but with the simultaneous maximum staining of the sound and its three-dimensional reception.

I was particularly surprised that the Elite interconnects effortlessly and completely neutrally (which does not mean that they were colourless!) Cooperated with the demanding Esoteric set. Meanwhile, it turned out that the Elite cables provided him not only with a wide and deep dimension of the stage and exemplary resolution but also with superpower ability and directness of the sound. Perkune discovers in music only unpretentious goodness and tangible corporeality. 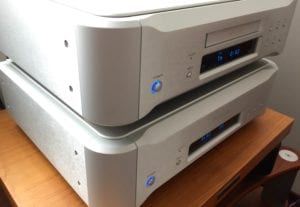 They give full sensuality. With a large price disparity of Elite cables and the Esoteric source, this is indeed an unusual phenomenon. (It is also astonishing that the cables sound so well, and their cross-section is small, just 2 x 0.25 mm, but Paul also uses the screen as a guide). Cables cost less than PLN 1,500 (converted from Euro to PLN), are constructed by one man alone, namely Paul Goodwin. It is neither serial nor factory production.

Probably more than one person will ask themselves if this type of product really has a chance to play well in its system. Yes, as I wrote earlier – of course, yes. As far as I know, Paul has done a lot of sonic experiments with different guides, various configurations and layouts. Different processes, etc. He chose the optimal ones, most often after tedious consultations with users of very expensive high-end systems.

The reader will probably ask now: OK, but can the cable for PLN 1,500 be equal to the most expensive interconnects of the world ?!  Audiophile elite interconnect

The Perkune audiophile elite interconnect does not have to be equal to them because the cable has a very natural, transparent character of playing – not sharpened, but also “not silenced”. It’s an open, clear, clean and transparent sound. Analytical, detailed and retail. The high-end cable should have the same characteristics, and Perkune obtains such a sound using a studio cable as a guide.

This can be considered as a mystification or something impossible, but I urge everyone to their own listening sessions, because in my opinion cables with the Perkune Audiophile Cables logo ensure, without a doubt, a very mature and advanced strictly high-fidelity sound which I can recommend. If the buyer is dissatisfied with the sound effects the cable causes (or does not cause) he can return and get a full refund.

As a supplement to the above text, I will also mention the ‘Elite’ jumper. They are made of identical conductors as interconnects. For testing, I received four sections of 30 cm ended with forks and bananas (on the other hand). I used them mainly in the Klipsch Forte III Special Edition and Living Voice Auditorium R3. 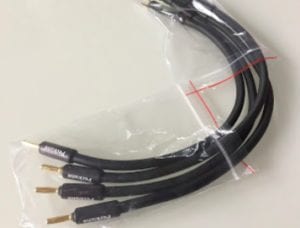 The sound effect is the same as in the case of interconnects: sound opening, greater transparency, detailing and widening of space. They are not big changes, but subtle ones, however important and clear. It is much more advantageous to use jumpers than ordinary ‘Bridging’ plates connecting speaker terminals. The Interconnects of the Elite series with a length of 1.5 m has a price of 345 EUR (including delivery) and I can certainly recommend!

If you enjoyed’Audiophile elite interconnect review’ please share – thank you.